Hill has Marlins focused on finer points of fielding 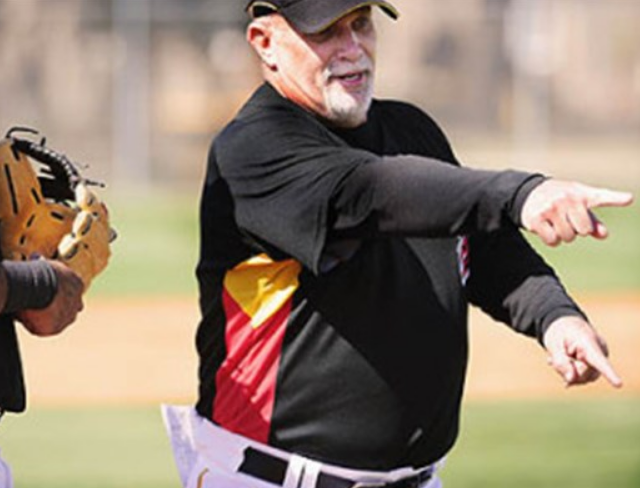 Not much goes unnoticed when Perry Hill is conducting infield drills at Marlins camp.

JUPITER, Fla. — Not much goes unnoticed when Perry Hill is conducting infield drills at Marlins camp.

Regarded as a fielding “guru,” Hill seemingly has eyes everywhere, checking for proper footwork and if the infielders are funneling the ball into their gloves.

Each impressive play is met with a loud scream of, “Stop it!”

“Stop it!” coming from Hill is a good thing.

“You hear that voice just yelling, ‘Stop it!’ after every good play,” first baseman Garrett Jones said. “He’s loving it when you make a good play and the throw is on the money.”

Jones, the Marlins’ new first baseman, is already quite familiar with Hill. They were together in Pittsburgh in 2009. In Hill’s lone season with the Pirates, Jones led the Majors with a .988 fielding percentage — a bright spot for a club that lost 99 games.

“Just his intensity and his passion about defense, it rubs off on you as a player,” Jones said. “Every time he shows you a drill or shows you what he wants to do, it’s with a lot of energy. It resonates. He gets you thinking defense, defense, defense, and how important it is to winning ballgames.”

Pitching and defense are two key components for the Marlins.

Under Hill’s guidance, the club feels their infield is in good hands.

“We’ve got one of the best infield instructors right here,” Rafael Furcal said. “He has us working every day hard. He is showing me a lot of little tricks.”

Furcal, 36, is one of the oldest players on the team. He’s also making a switch from shortstop to second base.

The industry recognizes the impact Hill, the club’s first-base coach, has defensively.

Before Spring Training, the Boston Globe ran a story ranking the best big league coaches. Input was taken from general managers, players, writers and other coaches. Hill, nicknamed Bone, was recognized as the best infield coach in the game.

Ed Lucas credits Hill for helping him adapt to all four infield positions.

“He breaks it down right down to the very basics,” Lucas said. “When I got called up last year and they told me I would be playing a lot of different positions, we went around the infield early every day.

“With Bone, you don’t just jump into taking ground balls. You’re going to sit down, and he’s going to tell you what he wants from the very beginning of every single stage to taking a ground ball, beginning with your stance. There is no detail that goes unnoticed or untalked about with him.”