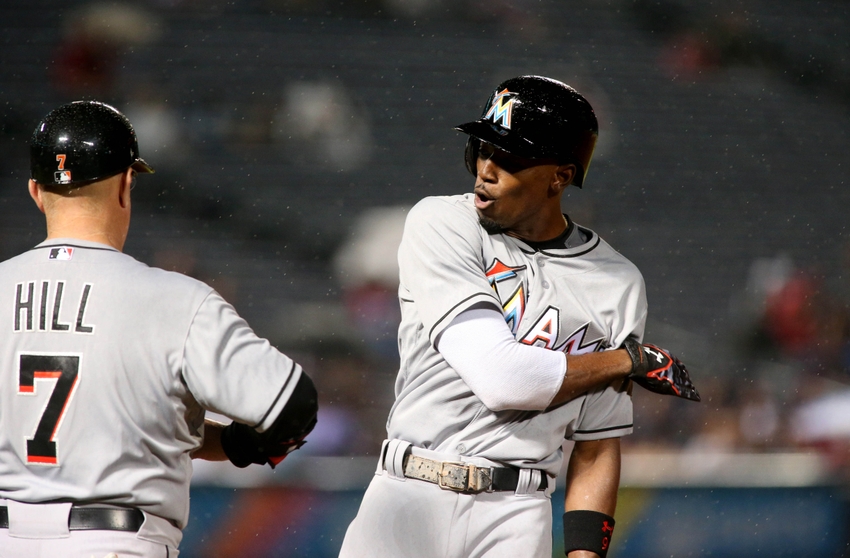 Gold Gloves have helped keep Hill, an innovative and effervescent 58-year-old guru of defense for the Marlins, in the major leagues. His drills are like no others, his love of glove unmatched in a game enamored with power.

JUPITER, Fla. — Perry Hill has a Gold Glove in his home near Dallas though he never played a game of major league baseball.

“I wouldn’t have won it without him,” says Luis Castillo, a second baseman who spent six seasons in the majors before he met Hill with the Florida Marlins in 2002, the year before Castillo’s first of three consecutive awards for defensive excellence.

Gold Gloves have helped keep Hill, an innovative and effervescent 58-year-old guru of defense for the Marlins, in the major leagues. His drills are like no others, his love of glove unmatched in a game enamored with power.

And though it’s the players who actually win the Gold Gloves, Hill unabashedly takes credit — and gets no arguments from his pupils.

Castillo, still around with the New York Mets at 35, put that first award in a box and sent it to a stunned and humbled Hill.

“I’ve spent a long time in the big leagues,” Castillo says. “It wouldn’t have happened without him.”

Castillo’s three are half of the six infield Gold Gloves — first baseman Derrek Lee, shortstop Orlando Cabrera and third baseman Mike Lowell make it at least one at every position — won by Hill pupils.

Hill, who had a brief minor league career as an infielder, joined the Detroit Tigers in 1997 and helped them become the first major league team to go from worst to first in fielding percentage. He moved on to the Montreal Expos, where Cabrera was Hill’s first Gold Glover, and then to Florida. He retired after the 2006 season but was enticed in 2009 by the Pittsburgh Pirates to renew his love affair with baseball — specifically, catching and throwing it.

“It’s one of three vital parts of the game,” says Hill, who rejoined the Marlins this season after taking a year off when he couldn’t agree with the Pirates on a contract extension. “Defense affects the whole game. If you don’t make a play, your starting pitcher might have to throw 10, 15 more pitches to get out of an inning. Now, he’s going to have to come out of the game in the seventh when he could have gone another inning. So you use your bullpen more. And then your bullpen is tired the next day, and maybe you don’t win that game because of it.”

Players notice. Alongside Castillo’s award in Hill’s memorabilia collection are the mitts used in the Gold Glove years by Cabrera and Lowell, plus a personalized mitt sent by Lee.

How he does it makes as much of an impression as the results.

“Warming up our hands. … Getting ready for the day. … Good fundamentals, fellas.”

Hill’s unmistakable chatter has taken over another day in spring training camp. It’s shortly after 9 a.m., and the infielders are playing catch, knocking the morning cobwebs out of their brains and the dew off the grass.

But it’s not just catch. Hill’s eyes dart from the stopwatch in his hand to the players, all the while twirling his fungo bat and explaining to three minor league coaches what their roles will be in the upcoming drills.

Everything is timed, even the warm-up tosses. The daily infield drills are woven into a schedule that includes batting practice, baserunning drills, all the staples of spring training. But Hill is going to make certain his guys get the full defensive treatment.

“Hands first, prepare to throw, just like as a hitter prepares to hit,” Hill says of another drill in which fielders stand with their feet wide apart while taking grounders. “You want to be able to see the ball and glove in the same view. It’s the same as the ball and the bat.”

Hill often compares his drills to how hitters prepare. He knows how to get the attention of players who’d much rather be in a batting cage.

Now, it gets tricky. Hill quickly reviews what’s next with the coaches. Newcomers such as Dobbs and rookie third baseman Matt Dominguez (he’s Domingo to Hill) double-check their roles with teammates such as Emilio Bonifacio (Boni) because as many as three balls will be moving around the infield at once.

The goal is for everyone to maintain a fast pace and to be working together.

Next is three balls in which one first baseman fields a grounder in front of the base and throws to a shortstop at second base, while a second baseman fields another ball and throws to another first baseman at first … and, the third basemen take turns handling grounders and tossing them back to a coach hitting them from home plate. The three coaches, including Hill, are fanned out in front of the plate putting the balls in play with precise timing.

“Where’s that ball gonna go? Keep that ball to the back of the base. … Look how easy that is when it’s going to the back; plus, the base is gonna protect you. … No throws down here; you’re gonna get the catcher smoked.”

One more combination: One ball is designed to be turned into a double play from third baseman to second baseman to first baseman. Meanwhile, the shortstops are taking grounders and the other first basemen are working on hard smashes to their left deep behind first base.

And then everyone gets a chance to work on playing with the infield in and throwing to the catcher.

Not every ball is caught. Not every throw is perfect. But Hill’s drills go off without a hitch as they have for years.

“I’m thinking, ‘What are we doing?’ ” Castillo says of his first experience with Hill. “You know what? I felt so good in the infield after all that. He’s a smart man. He is a very positive person and the best infield coach I’ve ever worked with.”

The Hill method starts in the clubhouse and continues through the games.

Many of the Marlins wear T-shirts under their jerseys that Hill has been handing out for years with the phrase, “27 Outs, No More.” During the season, Hill will mix in the drills before batting practice each day. And he has put tiny plugs, similar to golf tees, into the dirt for home games to help with positioning.

He declines to discuss the practice, but managers and players who have worked with him, including Castillo, swear by its effectiveness as a means to put into practice Hill’s meticulous studies of positioning against each opponent.

The plugs are reference points the fielders can use, Castillo says, because during games the coaches, who are responsible for positioning the fielders, have one of the worst seats in the stadium for the task — at ground level and off to one side of the field.

Regardless of the methods, Hill is gratified by a resurgence in recognition of good defense. “There’s more concentration on it than 10 years ago,” he says.

But no matter how infectious Hill can be on the field, it’s still in the hands of the players. And he appreciates the ones who have embraced his message.

“They’re good players, and they care about what they do,” Hill says. “That’s why I’m attached to these guys.”